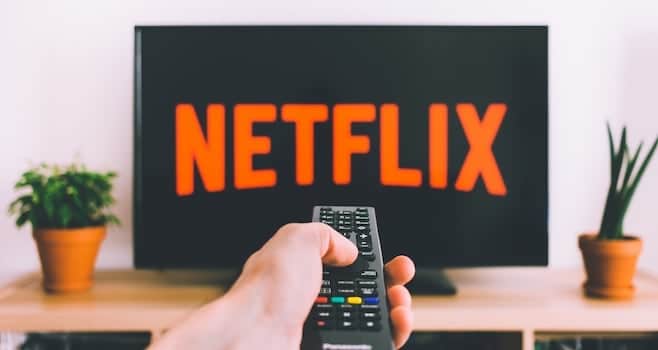 Your monthly cable bill can cost you well over $100 a month – but is it worth it? Are you really watching all 800 of those channels? If you find yourself answering “no” to these questions, it might be time to cut the cord. Lucky for you, there are plenty of alternative ways to watch your favorite shows and movies that are much more practical and cost effective. Read on to find the best alternative to cable for you.

HDTV Antenna – If you really just desire the basics such as ABC, FOX, NBC and other local broadcast stations, an HDTV antenna is a cheap way to pick up these channels. It requires no internet connection, and is basically free aside from the cost of the actual antenna. Before making the switch, make sure you get a good signal in your area (especially if you live outside of a major city). You can find HDTV antennas at most major retailers such as Best Buy, Walmart or Amazon.

Netflix – Netflix is one of the most popular streaming services around. It is accessible through any device that connects to the internet such as smart TVs, tablets, phones, laptops and game consoles. There is a massive library of movies and television shows to choose from, both old and new. Netflix also has a wide variety of original movies and television series that you cannot watch anywhere else. The service allows you to have multiple user accounts, so each user gets his or her own tailored recommendations based on what he or she watches. Plans start at around $9 a month. Netflix pricing has increased over the past few years; however, Netflix has shared that the price increase was to help provide better content, which they have held true to.

Prime Video – Like Netflix, Prime Video is a streaming service available on multiple devices connected to the internet. Prime Video also offers popular movies and television series, as well as original content. Prime Video is a service of Amazon, and is included with an Amazon Prime membership. Through Prime Video, you can also stream series from channels like HBO, SHOWTIME, STARZ and more with a subscription.

Hulu – Hulu is another streaming service similar to Netflix and Prime Video. Aside from original content, Hulu allows you to stream current television shows from local channels shortly after they air. Plans start at just $5.99 a month, and there are options to upgrade to eliminate ads and watch TV live. Other add ons include access to HBO, Starz, Showtime, Cinemax and more.

TV Networks Online – Most TV networks post their shows on their websites, making them available for you to watch right online. While older episodes are typically available for free, sometimes newer episodes require a subscription. These costs are usually under $10 a month, which for a few subscriptions likely adds up to be less than the cost of cable. You can also download the TV network’s app for free on your smart TV, phone or tablet to watch anywhere.

Sling – Sling is similar to cable, but much more affordable and customizable. There are three packages to choose from, with the cheapest being $15 a month, each offering its own lineup of live TV channels. Sling also has a la carte options to add more of the channels you love, as well as add ons that focus on sports, kids and more. Sling even has an HDTV antenna offer for low-cost access to local networks.

DIRECTV Now – While DIRECTV is a satellite television service, the company also has its own online streaming service called DIRECTV Now. DIRECTV Now starts at around $50 a month and allows you to access top channels like HBO, NBC, ESPN, ABC, TNT and more both live and on demand, with one package offering over 125 channels. According to DIRECTV Now’s website, all new packages include HBO. Billing is on a month-to-month basis, so there are no annual contracts involved and you can cancel at any time. Plus, no satellite is required – simply stream through any device that can connect to the internet.

Your Local Library – It definitely doesn’t compare to cable or a streaming service, but if you’re really strapped for cash, your local library offers a collection of movies and TV shows on DVD and BluRay for free! All you have to do is apply for a library card, which usual requires proof of your local address and no money. The return windows are usually pretty generous, allowing for plenty of time for you to watch your movie or show. Some libraries will even call other branches and bring in certain titles if you make a request. The only downfall is that it will likely be a few days before your title is in, but who can complain when the cost is $0?