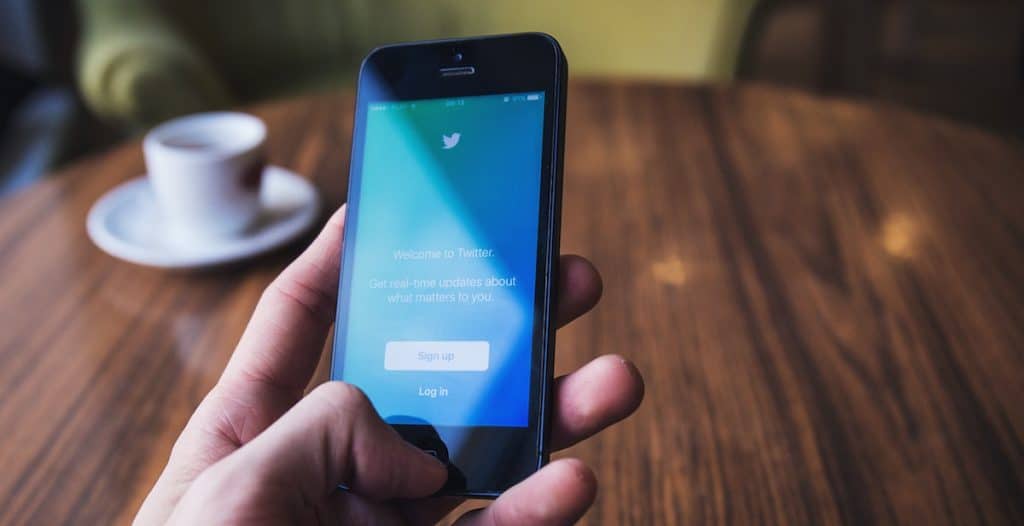 The social media platform Twitter is great for many things. You can share your vacation photos. You can jump in on the latest conversation. You can send funny memes to your friends that totally get you. You can retweet that inspirational quote that you wish you would have thought of for yourself.

But did you know that Twitter can also save you money?

Twitter isn’t just a place for companies to share their latest products. It’s also a way they encourage you to shop with them and purchase their products by offering deals, freebies, giveaways and coupons. Companies want to meet new customers and keep their existing customers happy and engaged. Twitter has become a great platform for marketers to share their products and for customers to find great new products – and even at a deal.

With so much activity on Twitter, it can be difficult sometimes to discover how you can get those great deals and savings.

On Twitter, the hashtag is used to categorize content and share emotions. It’s an opportunity to be creative and use just a few words or a phrase to capture a meaning.

Paying attention to hashtags can also help you get free stuff on Twitter, along with other deals and specials. Stores and companies may use specific hashtags to announce or promote a sale or special offer that you’d want to check out.

Oftentimes, these giveaways are accompanied with the word “free.” That’s a word you’ll want to look out for. Hashtags such as #freebie, #free and #freestuff are good indicators of a sweet deal that you won’t want to miss out on.

An article from Mashable suggests to use TweetDeck or TweetGrid to always keep track of the hashtags with “free” involved. When companies you follow post using that hashtag, it’ll be right in your feed for you to see.

You can also subscribe to an RSS feed and receive a stream of posts with the hashtags such as #freebie. Track the hashtags and let the deals come right to you.

Staying in the know of popular hashtags is a quick and easy way to have the deals come to you when using Twitter to save money with deals and coupons.

In addition to following and tracking with hashtags to find deals, you can also follow those stores you love the most. When you follow someone on Twitter, their posts will show up in your feed. So, that means when your favorite brand shares a great deal that you can’t miss, you can be right there.

Major retailers often have their own Twitter account they will use to share specials and deals to get you in their door. Some more popular hashtags include @Target, @BestBuy_Deals and @IKEAUSA. Check out your favorite retailer to see if they have an account. Chances are, they do.

In an article from U.S. News, author Trent Hamm shares 10 of the best Twitter accounts you should follow to always be on top of those great brands you love.

If you’re a frequent shopper on Amazon and can’t get enough of their deals, follow their Twitter account at @AmazonDeals. Many of these deals don’t last for very long, so Twitter is a great outlet to stay on track of great deals.

When you’re out somewhere and need a coupon or a deal fast, @RetailMeNot may just have your answer. Like their popular app, you can get notifications of specials and great posts on saving you money.

For that on-the-go morning when you need your coffee or sweet drink to wake you up, check out @Starbucks Twitter feed first. Get alerts of sales, deals and special ways you can gain stars through their rewards program.

When you’re curious of finding new deals wherever, check out @DealNews. Here you’ll find the latest deals and savings opportunities on a variety of products and outings.

Do you collect Red Plum coupons? You can, through Twitter. Check out the Twitter account RetailMeNot Everyday at @redplumsaves for great grocery coupons on a variety of products you need.

An article from Mashable notes that you don’t have to limit yourself to just following hashtags and companies. You can also find Twitter accounts that are committed to finding you deals. Profiles such as @heyitsfree, @freestuffrocks, @freenology and @fstimes tweet out opportunities to save, too.

An article from Lifewire adds several other great accounts to follow that can get you deals and savings quickly. For example, @Shopping_Deals2 offers deals from retailers as well as retweeting other deals that come along. @Shopcom has a feed that shares deals and promos that are helpful to know.

You can even organize your Twitter account by making a list of your different sources of ways to save money. Staying organized with your deal sources will help you manage your plethora of offers you’ll receive and prioritize the ones you really care about. Organizing your followings into lists also helps to ensure that you won’t miss a deal on something that interests you greatly.

Coupons are no longer just what you cut out of the daily paper. You can find coupons and deals in participating in social networks and building community. An article from PC Mag adds several other Twitter handles that you can follow to stay up on deals that come your way. They suggest checking out handles such as @GottaDeal, @slickdeals, @DealsPlus and @fatwalletdeals. If you’re into saving money while shopping, you may have heard of Ebates. Check out their Twitter page with the handle @Ebates and extend the potential for saving good money.

The article from PC Mag also adds handles based on special interests. These handles also share deals that you don’t want to miss out on. They share deal pages such as @MomsWhoSave, @MenswearDeals, @GamerDeals and @videogamedeals. Whatever your interest, you can be sure to find a deal Twitter page that can get you the deals you need.

Other popular Twitter accounts that you’ll want to follow if you are looking for a great deals include @FatKidDeals and @Slickdeals. @KicksDeals can help you find a great pair of shoes within your budget. @DealsPlus can get you discounts off regular retail prices. With these great accounts, you can get savings by just visiting your social media account.

Sometimes retailers will also offer Twitter-only deals. This means that whatever deal or special they promote on their Tweet is only relevant and found on their Twitter account. When you follow the retailer and check your Twitter feed, then, you’ll be of the first to know and be able to follow up on a great deal.

If you’re looking for some deals on travel and airfare, there are several Twitter feeds that can alert you on flight price changes and other alerts you’ll want to know about when planning a trip or vacation. For example, according to an article from Moneyish, @Skyscanner lets you choose the dates you want to travel and the site will find you the destinations with the best deals. @Dealray sends you alerts on flights based on your preferences. When you’re trying to compare airfare costs, you can check out feeds like @airfarewatchdog to see competitive rates.

Companies can have a lot of fun and intrigue with using Twitter in their marketing plans. From fun giveaways to caption contests, retailers are trying to use Twitter to its fullest potential. And their work can save you money in an entertaining way.

Pay Attention to the Season

One of the most popular times to shop is during the holiday season. Think: Black Friday. Some people wait all year for those special prices that encourage people to shop big.

And the retailers know people are in the mood to shop during this time. Their marketing is catered to the season and wanting to provide you with a great shopping experience, whether in-store or online.

Don’t miss these big shopping days of the year. Get insider knowledge by using your Twitter account to stay up to date on all the sales and deals coming your way.

By keeping up on sales for Christmas and Black Friday, you can be prepared for when you venture out to shop in store or online. Through Twitter, you can also follow hashtags that relate to these special sales.

An article from Social Draft notes the popular hashtags used for Black Friday. These hashtags include things like #BlackFridaySale #Bigsale #ShoppingDay #ShopTilYouDrop. Marketers use these hashtags to their advantage in spreading the news about upcoming deals and sales that customers may not have known about from their regular marketing routine. Hashtags are great opportunities to have giveaway contests when people participate by commenting with their own hashtag or adding to the conversation.

Most organizations will use consistent hashtags to keep their audience involved. Those are they key hashtags to follow in order to always stay in-the-know on deals that can save you big.

During the holiday seasons, you may need to weed through photos and holiday greetings to find the deals from retailers – but often, they are abundant. Pay attention to those key hashtags to find the savings and celebrate the season.

If you’ve been on Twitter for any length of time, you’ve probably realized that it’s a different set-up of a social media platform than others out there. A unique characteristic of Twitter is that it is fast-paced and sends out a lot of content in a short amount of time.

Marketers know this and use it to their advantage, which then turns into your advantage of being able to save money on what you buy.

Often on Twitter, you may see announcements for a Lightning Deal, or one that lasts for only a short while. Amazon, for example, has a Twitter account where they share deals that are impressive yet don’t last long. By following @AmazonDeals, you can discover deals you may have missed out on if you hadn’t followed them on your social media account. These deals go fast and don’t last, so when you see a deal you want, be sure to jump on it quick.

The article from Mashable suggests to check out an aggregator site from Twitter, such as TwitterFreebies.com. This site is connected to Twitter users and lists out the many freebies and giveaways that companies are offering at that time. It’s a great way to stay up on all deals without spending a great deal of time having to scroll through each Twitter page.

There are also several websites that can notify you of flash sales that let you know of great deals approaching. An article from RetailMeNot shares 15 flash sale sites that can get you deals with speed. For example, Beyond the Rack is a site that shares deals from quality apparel and accessories from high-end brands. Fab is a site that shares home decor and tech deals from well-known retailers. Groopdealz shares deals on clothes, shoes, jewelry and kids’ clothes that you won’t want to miss. When you need to take a trip somewhere Jetsetter is your spot for finding deals on hotels and other travel steps.

Use Social Media to Save

Don’t limit your Twitter use to just sharing photos and retweeting a great story or article. Social media outlets such as Twitter offer exciting and easy opportunities to find deals and specials that can help save you money on your purchases. You can even find free offers for new products or things you buy every week.