AT&T Wireless has had a fierce rivalry with Verizon over the last decade in regards to wireless supremacy. The company had nearly 139 million subscribers, which makes it the second largest wireless telecommunications provider in the United States and Puerto Rico. The only one with more customers is Verizon Wireless.

AT&T Wireless has been around since 2000, and has a very stellar reputation both with general customers and businesses. They also have a partnership with DirecTV, where AT&T customers can save extra on TV and/or landline service.

AT&T finished second behind Verizon in 2017 for overall network performance as ranked by RootMetrics. While RootMetrics is not the only independent agency that ranks network performance, it is regarded as one of the most reliable. AT&T is quick to point out that they finished first in the GWS OneScore (September 2018), though they have only ranked average in rankings from OpenSignal and Tom’s Guide.

For the most part, however, AT&T Wireless is considered one of the leaders in speed, coverage and reliability despite conflicting rankings from independent agencies. There is a reason why they are the second most popular wireless carrier in the United States.

As you would expect, AT&T has no problem keeping up to date with the best new smartphone releases. The company offers a number of affordable way to pay for new phones in monthly installments or trade-in value on the best iPhones and Androids.

AT&T Wireless is more than just a cellular provider as you can bundle with TV and/or internet to save more on two or three different services. In terms of just cell phone plans, AT&T provides an okay variety with no real budget options. 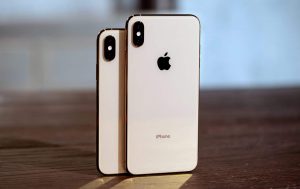 However, the range of features is quite impressive. Not only do you get unlimited talk and text, but AT&T also includes limitless data with the ability to stream more than 30 channels of live TV along with instant streaming of shows on Netflix and Amazon Prime.

If your phone is more than a phone, and you use it to keep yourself entertained with music, video, games and more than AT&T is hard to beat. Deciding between the Unlimited More and Unlimited More Premium will give you the decision between watching 480p, DVD quality video or 1080p HD quality.

They have no overage fees and you can also send unlimited texts to over 120 countries, as well as free roaming to Mexico and Canada. 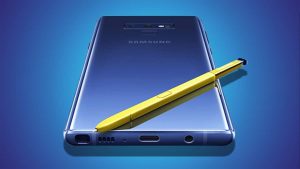 While AT&T regularly challenges Verizon and T-Mobile in regards to being the best wireless network in the world, it’s prices are actually far higher than its competitors. For that reason, some are against AT&T because they are expensive.

They offer very little incentive to add more lines to the same plan, unlike some of their competitors and AT&T’s cheapest unlimited plan starts at $70 p/ month. However, customers do get a ton of features for that price including the live TV and DVD quality video streaming.

Many customers prefer to upgrade to the Unlimited Plus Premium unlimited plan that also includes HD video streaming and 15GB of personal hotspot. Subscribers are also able to pick from one of seven music, movie or entertainment perks that include HBO, Showtime, Pandroa and Amazon Music. The Unlimited Plus Premium plan runs at $80 p/ month for a single line.

AT&T is expensive for families. The absolute cheapest plan with four lines through the carrier is $115 p/ month. They also offer a Mobile Share Flex plan with 4G of data that rolls over into the next payment cycle if you don’t use it all. Extra data is also available in 1GB, 5GB, 10GB and 20GB increments.

AT&T performs especially well in metropolitan areas. According to RootMetrics, AT&T was either first or tied for first in 45 of 125 tested urban markets. Fellow independent reporting agency Ookla also reported that AT&T proved to have the fastest speeds in 20 of the 100 most populous cities in the United States.

When you combine its high performance in high density areas along with all the entertainment features (live TV!) AT&T includes in its unlimited plans, customers are getting a really enticing deal. And while cellular plans are more expensive than the norm, you can save with a phone/internet/TV bundle.

As previously mentioned, the only real big knock on AT&T is they are far from the most affordable. There unlimited plans provide a ton of features if you are really attached to your phone. However, if all you want to do is make calls and send texts with the occasional email or Web surfing, you could probably find a better deal elsewhere.

Our Reviews Game Is Strong!