Republic operates as a low-cost, Wi-Fi service that works by first attempting to connect to Wi-Fi before defaulting to either Sprint or T-Mobile when Wi-Fi is not available.

Republic Wireless is a somewhat new company (founded in 2010) with a revolutionary new approach to providing wireless service. CNET,com recently described Republic Wireless as “a drastic departure from how the wireless industry has operated in recent years” and for good reason.

Republic operates as a low-cost, Wi-Fi service that works by first attempting to connect to Wi-Fi before defaulting to either Sprint or T-Mobile when Wi-Fi is not available. Republic Wireless initially partnered with Sprint yet expanded to T-Mobile in 2016 in order to provide another alternatives.

Republic Wireless sells itself on being extremely cheap. There is part truth to that statement, and part caution. The truth is Republic can be extremely affordable in certain situations and not so affordable in other predicaments.

The “Wi-Fi-first” motto of the company is designed to be effective in high profile establishments such as a college campus. It has been successful enough that Google essentially copied its formula with their Project Fi service.

The plans offered are extraordinarily customizable. You basically drop $15 p/ month for the unlimited talk and text. Data is then added depending on how much you use each month at $5 increments. 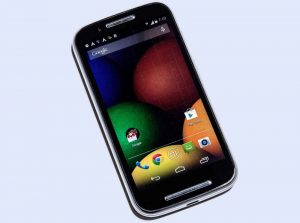 The company is banking on you to have consistent, regular access to Wi-Fi. As a result, you will need to make sure the phone is setup to private Wi-Fi networks whenever possible, along with the public ones it will automatically connect to. This involves a little more trouble upfront, and is not recommended if you have trouble navigating the basic features of a smartphone.

You would think that drop calls would be a major problem for a wireless service that frequently switches between Wi-Fi and traditional network coverage. However, Republic’s “Adaptive Coverage” is designed to use a technology named Bonded Calling to ensure high call quality. It has been successful, and Google has modeled their Wi-Fi service after this technology.

Republic offers a limited selection of 12 eligible devices to use with its service, all of them Android as Apple iPhones are currently not compatible with the service. Unlike most budget cellular services, Republic actually offers financing options for your phone if you don’t have the funds to purchase it outright. Select devices are also eligible to be transferred over to Republic. 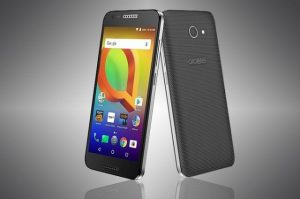 It is impossible to beat $15 p/ month for unlimited calling and text. The catch is Republic is heavily dependant on quality Wi-Fi. Again, if you live in college dorms or work in a high traffic setting such as a hospital or public school you’ll be just fine. Those in rural areas, meanwhile, are going to receive far less dependable Wi-Fi.

Republic Wireless charges $5 for each GB of data used. The rate is cheaper than Google’s Project Fi service which demands $10 for each GB. The $5 p/ month rate is very reasonable if you are a low data user, and you can monitor usage on your phone thanks to their high quality app. It is important that customers exercise caution because data can build up quickly.

Heavy data users have the ability to enroll in up to 15GB, but at $90 p/ month that is more expensive than most of the major network’s monthly rates for unlimited plans.

If you live and/or work in the right circumstances, Republic Wireless has one of the best deals in the industry. Limited data users will only spend $20 to $30 p/ month for unlimited talk or text in addition to 1GB to 3GB of data. It’s an even better deal than what Tracfone and MetroPCS have to offer.

Additionally, there is no contract or obligation to Republic. You can try it out, and if the service works for you keep it as long as you want.

Republic Wireless would really do themselves a huge favor by eventually becoming compatible with iPhones. They currently do not sell any, and you can’t even transfer your own to the provider. It will definitely turn a lot of people off to the service.

Also, data costs can add up quickly so you need to be aware and connect to Wi-Fi as much as possible. The service is catered more to technologically savvy individuals, and not infrequent cellphone users such as the elderly.

Republic Wireless is very innovative with one of the most cost effective options on the market, especially if you use little to no data. It is definitely attractive to those on a limited budget so long as you don’t mind Republic’s tiny selection of phones to choose from.

Republic operates as a low-cost, Wi-Fi service that works by first attempting to connect to Wi-Fi before defaulting to either Sprint or T-Mobile when Wi-Fi is not available.

Our Reviews Game Is Strong!